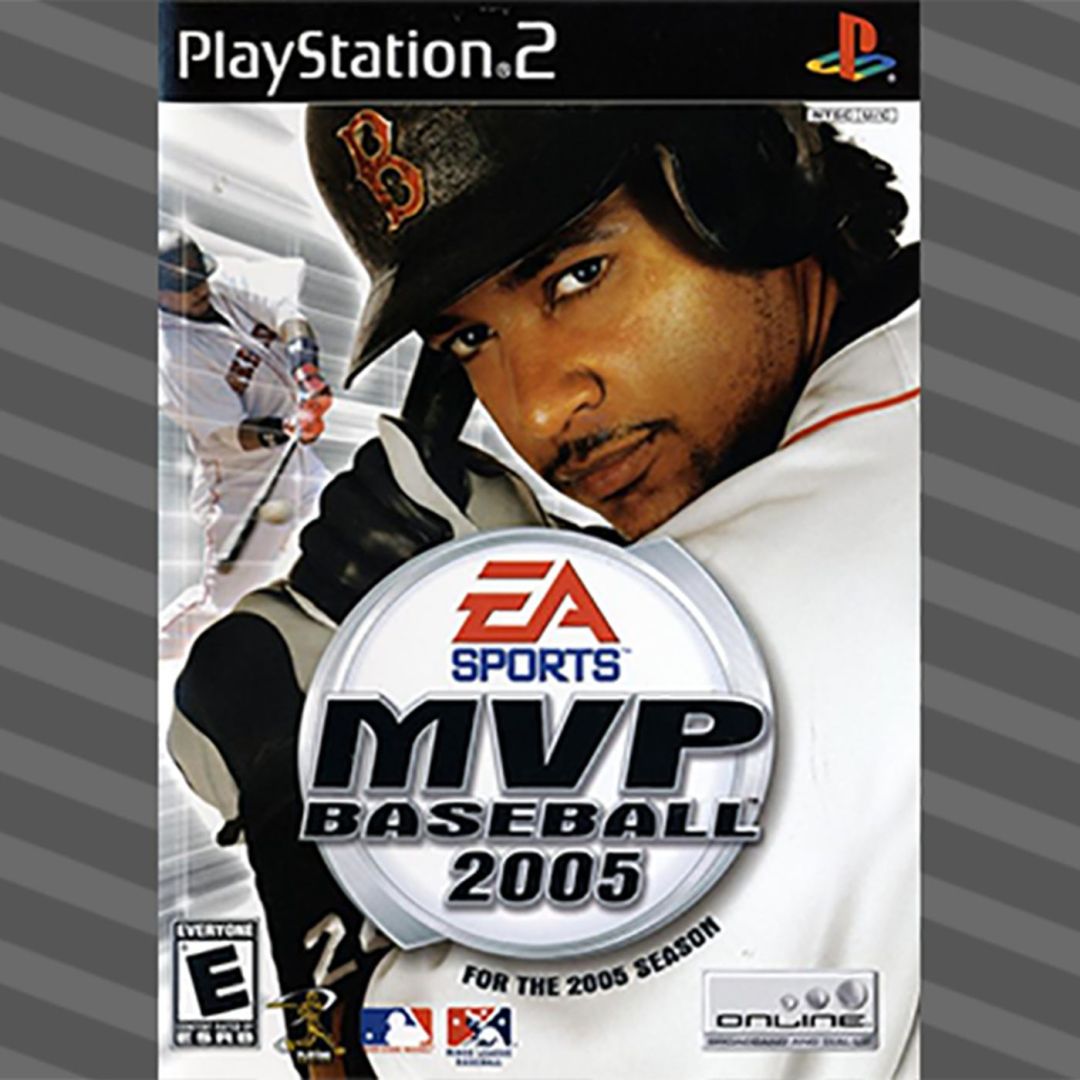 How’s everybody feeling today? Welcome back to the blog. I first wanna thank everyone for the birthday wishes. They mean a lot, and I can’t put into words how much I appreciate each and every one of you. Life can be tough, but with people who around you who support and have love for you, it’s manageable. Love all of ya’ll *dap me tf up* BASEBALL

This week in Gaming with Scoop, we’re gonna keep on our track of diving into the sticks of baseball video-juego immortality, and highlight what in my opinion was the G.O.A.T. year in that department. In the post dead ball era of the pastime, we’ve begun to see sports titles be reduced from a complete charcuterie board of choice and fun to a one man show *get a room Sony and MLB*.

Back in the good ol’ days, you weren’t tied to a single console or game franchise and had the ability to use the hashtag #MySticksMyChoice when it came to picking a baseball sim. Competition breeds excellence, and keeps games from being recycled and eventually becoming staler than LaRussa talking to the press.

The pinnacle of that competition came to it’s peak in the year 2005. *at the time of writing this article, I quickly realized that they used to do that stupid shit where they’d brand games a year ahead for the year prior, but I’m running with this*

I’m gonna do a Scoop branded review on each release of the 04-05 season *so stupid*, starting with my least favorite game, and ending with the game that we ALL know was the GOAT. There were six games I deemed worthy of talking about, good or bad.

Coming in at the Joe Torre spot *sorry Trea Turner*

If you’ve read my earlier blogs, Slugfest was an EXPERIENCE. Ball-dropping pandemonium at it’s finest. This game had it’s positive features *no pun intended, period* in the fact that they added a much more accessible Franchise mode and updated rosters, but it just didn’t capture the same magic that we got with 20-03, and 20-04. The simple fact that they had to name LOADED was more hilarious then the intended intimidation factor I’m sure Midway was attempting to push. The fire was still there, but they tried too hard to make it more baseball than ass-kicking, and that’s why it is number 6 on this list.

Coming in at the well endowed DiMaggio spot, is again a series that I touched on in the past.

Humongous Entertainment went full 3D hardo and straight up ruined the Backyard Baseball series with this one. While I love me some A-Rod, the ditching of the tried and true style of gameplay for FuTuRiStIc GrApHiCs, ruined a ton of the fun. At the age of 10, I’m sure I thought this game was the tits, but it will never be a game that I will scurry on back to playing when I’m down in the dumps like 01 and 03 are. New stadiums, a literal aquarium you had to unlock by dropping balls in water *pause*, and new players could not save this game. My theory is that they’d still be making Backyard Sports titles if they kept the same style of gameplay, and for that reason, it hangs low at the Joe D spot.

Now, we get into the good games. The fun games. The ones that made my life complete at the age of 10. Sicker than your average at the ALS spot, is MLB 2006.

In the final year before the all mighty Show was born *in which they decided like they should’ve have years prior and started using the actual year in the title instead of being futuristic losers*, Sony gave us a beautifully made game in MLB 2006. I didn’t get much playtime as a kid on this title, but the times I have played it have been just an all around fun time. It foreshadowed what was to come in terms of beautifully made baseball, and it was one of the most pure gameplay experiences you will ever have. What held this game back was that it was a PlayStation exclusive, and of course, overshadowed by the next three big dogs in the lineup kinda like my boy Luke Voit. (For those keeping score at home, this was the last year before Sony lost Barry Lamar Bonds to a phony in the name of Reggie Stocker. More on that to come)

Coming in hotter than a six pack of glizzies at the Babe spot, is the controversial yet innovative MLB 2K5.

2K in 2021 is one of the most hated sports franchises on the planet. They COMPLETELY fumbled the bag when they lost their NFL license *NFL 2K5 is arguably the greatest game in sports history*, and only make a mediocre basketball game every year now. In the year 2005, this couldn’t be farther from the truth. Not only did my captain *re2pect* grace the cover, they introduced us to some of the greatest gameplay mechanics to ever grace a diamond title. The pitching meter was replaced by this crazy ball you had to click twice that Sean HATED back then, but was recieved well and became the go to if your weren’t soft and played on classic input. The batting was smooth and the fielding was remarkable enough to make my boy Jeets look underrated with the glove. They even blessed us with a World Series edition later on in the year with classic moments and an up to date Pennant race mode that got the historian in me hard as a rock. The only downside to this game, and what turned out to be the downfall of the franchise was how fucking slow everything moved in it. The MLB 2K series could have been saved if only they added a god damn game speed slider. It’s like playing in molasses sometimes.

It is only fitting that at the RE2PECT spot, we introduce you to one of the most grassroots and fun baseball sims known to man. Hell, I’d send the creators a gift basket if they remade this shit. Boys and girls, lemme tell you a lil something about All Star Baseball 2005.

In what would be the last baseball game Acclaim would make, ASB 05 *which released in 04 smfh*, gave us the second best baseball sim ever. Smooth gameplay, beautiful visuals, and an AMAZING pick up sandlot style mode where you selected players at random, all attributed to this game’s mystique and aura. The franchise mode was a baseball nerds dream with create a teams and in depth scouting and contract signings. On top of all that, they had generic stadiums that were so far from generic, classic stadiums, and by far my favorite feature, futuristic stadiums that were essentially the creators getting high out of their minds and thinking about their future dream ballparks. There was even a This Week in Baseball mode that allowed you to listen to a pre-Castellanos Thom Brennamen talk about the moment at hand and how you could possibly beat it. Jeter’s voice was everywhere, and the game was incredible, and if it wasn’t for the number one game on this list, it would be the greatest 2005 baseball game on the planet.

FINALLY, the Billy Martin spot. The number one baseball game of 2005, and quite possibly, of all time. The game that had young Red Sox hater Scoop singing the songs of Boston pubs everywhere, and keeps me coming back to it year in and year out. Word to Jon Dowd. MVP Baseball 2005.

The soundtrack that still rings in my head. The create a players that were also cheat codes for swole bois with the biggest bats you’ll ever see. The unlockable jerseys, teams, and stadiums. The Franchise mode that still is better than any Franchise mode anywhere. This game cured my post 04 ALCS depression. I have so many superlatives that still wouldn’t capture how incredible this game was. MVP 05 was not just a game, it was a way of life for baseball fanatics. The gameplay was better than anything to ever come out of the theoretical console corn. An experience like no other. I can still remember playing this game for DAYS with my bros, and I still go back to it when I get tired of The Show’s bullshit. The ONLY thing negative about this game was the lack of Bonds. That’s it. Otherwise it’s perfect. I will never recover from the loss of this franchise by EA, and I pray to all the baseball gods that we will one day see this series rise from it’s ashes. The hero we all deserve.

There will never be a time like 05 for baseball gamers, and in the words of the great simp Forrest Gump, “That’s all I have to say about that.”

Let me know in the comments what 2005 game was your personal favorite, and till next time, stay classy Scoopers. Peace and love baby.

View all posts by scoopbatscleanup